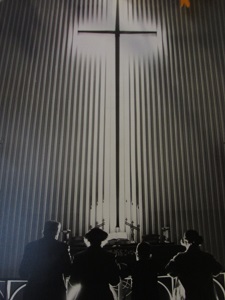 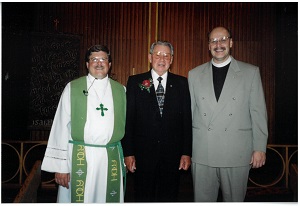 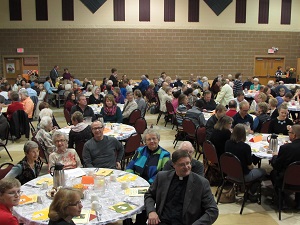 Immanuel Lutheran Church began in 1949 when members of Grace Lutheran church purchased land for a new church site. Services began in a small chapel built on the site, while construction began on the new structure. On December 7, 1952, Immanuel dedicated its new structure, and began holding worship, and Sunday School for the community of north Fargo.

On June 20, 1957, a tornado struck north Fargo. Despite the tornado causing considerable damage to Immanuel and the neighboring parsonage, the Sunday School teachers that were gathered in the building at the time found safe refuge in the basement. Thanks to the support of churches in the Lutheran Church Missouri Synod, Immanuel was able to rebuild and on March 23, 1958, dedicated their new building.

The 1990's saw the congregation really starting to grow and physical space becoming a problem. A Long-range expansion took off, and by 2005, the expansion which included classrooms, new offices, a new fellowship area, and kitchen were completed. In 2015, Immanuel celebrated its 65th anniversary by paying off the remaining debt of the expansion.

Immanuel has been blessed by a very active lay ministry and the giving of innumerable hours of volunteer time by the many officers, Sunday School teachers, Bible Class leaders, committees, & organizations. It is also led by a gifted staff that brings God’s Word to the people of Fargo. This is Immanuel! Thanks be to God!